TURN YOUR NAUTICAL EVENT INTO A SPECTACULAR and MEMORABLE EXPERIENCE WITH E.P.I.C

TURN YOUR NAUTICAL EVENT INTO A SPECTACULAR and MEMORABLE EXPERIENCE WITH E.P.I.C

Event Productions International Corporation is a dynamic team of passionate, highly trained, internationally qualified and hugely motivated professionals who specialise and thrive on nautical or land based challenges that are not in the scope of any ordinary event based company.
Through years of experience working on events throughout the world, including the Volvo Ocean Race, Sail GP and the Red Bull Air Races, the team supplies the skills, knowledge and equipment to create, organise and oversee exciting and thrilling events globally.

This tightly knit team, each of whom offers a range of expertise in water-based and on-land activities., provides exceptionally high health and safety  – including rescue services through a fully trained, qualified and experienced dive rescue team. The team also provides equipment suitable for any water-based event, no matter how challenging or unique.

What we can do for you

We specialise in all types of events in, near, around and even under water. Whatever your mission or idea, no matter how challenging or diverse, we will provide solutions and work with you to produce an extraordinary experience.
Our aim is to create spectacular events. It’s what we do best, whether it’s for crowds in the thousands or smaller groups of people. You take the accolades for running a dazzling, fun-filled event; the crowds and competitors have all the fun and enjoyment; we make sure everything runs like clockwork. We just do our job – efficiently and to exceptionally high standards.

Through a highly experienced operations manager, all negotiations, administration, permissions from governments and coastguard services and applications related to the events are taken care of so you can concentrate on other aspects of your event.

We supply a comprehensive range of equipment for any type of water event. The team can utilise gangways, pontoons, scaffolding, tugboats, inland navigation vessels, anchor handling vessels, speed boats, rubber inflatables and jet skis, to name but a few. The team also includes fully qualified pilots for all sea vessels.

We also make a full assessment of the requirements of each venue, undertaking a risk assessment with the focus on safety issues that need to be considered.

If you have any other requirements, ideas or challenges, we will dive in to make sure that we provide solutions for your every need.

We specialise in all types of events in, near, around and even under water

Our work has involved worldwide travel for the team, which has led to some challenging working environments, whether operating in extreme heat, or very cold temperatures; on turbulent seas or calm lakes.

We have always risen to the unique challenges of each environment and our aim is to make sure that the show goes on spectacularly.

We have worked in the following locations throughout the world:

As an example of our operations, we provided the following services during our many years of working with Aqua Events, a key supplier of skilled manpower and resources to the Red Bull Air Races.

Team epic has over 30 years of combined experience and knowledge in International events. 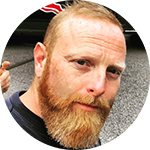 Based in the UK, has spent the last six seasons working alongside Aqua Events, initially as a Rescue Diver in the First Response Rescue Dive Team for the Red Bull Air Races and then working in Racetrack Operations, which involved assisting with the installation of the water-based racetrack. He also has experience in working with other teams involved in this event, including the Airgators: the team responsible for building the structures and pylons, known as ‘gates’, through which small aircraft race through obstacles in a time-based trial.

Ian rose through the ranks to become Team Manager of Racetrack Operations for the final two seasons of the air race.
Ian also trained in Florida, USA, with the Motorsports Rescue Association and attained his advanced safety qualifications through that organisation. 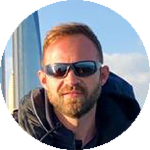 Based in the UK, has spent six years working internationally with Dutch-based company Aqua Events, the key supplier for the Red Bull Air Races, as part of the company’s First Response Rescue Dive Team and their Racetrack Operations team. Working within those teams, he was one of those responsible for the nautical organisation and production of races worldwide during the Red Bull Air Race world series. His remit also involved liaising closely with local teams and authorities in each country to ensure the seamless and safe operation of the races.

His role included the training of rescue teams in all aspects of pilot safety and SWET (Shallow Water Egress Training) protocols. Using his qualifications as a boat pilot, he was also responsible for operating the speedy first response rescue crafts used by the rescue dive team.
Adam is also a qualified recreational diving instructor and he achieved various speciality ratings before launching his own dive company in Thailand. While still managing his company, he joined Aqua Events.

Adam also trained in Florida, USA, with the Motorsports Rescue Association and attained his advanced safety qualifications through that organisation.

Materials and track set up

Material and track set up 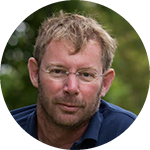 Based in the Netherlands, is a boat specialist with over 11 seasons working alongside Aqua Events. He has fulfilled key roles including Rescue Boat Pilot and has also been involved in the planning, execution and installation of the Red Bull Air Race racetrack.

Sven has also worked on other world class events including the Sail GP and the Volvo Ocean Race. 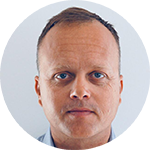 Based in Sweden, has also been involved in the Red Bull Air Races for the last six years as part of the Aqua Events company, both in Racetrack Operations and as a Rescue Diver in the First Response Rescue Dive Team. His skill set during those events also included the mapping of the racetrack, a vital task that ensured accurate course coordinates so that set-up operations were precise.

Alongside other members of the team, Par also trained in Florida, USA, with the Motorsports Rescue Association and attained his qualifications through that organisation.

Logistics and track set up

Logistics and track set up